It’s that time of year when love is most definitely in the air, and I thought this would be a nice opportunity for me to share a little bit of an insight into some real-life couples and their day with us. For this post I had the pleasure in getting back in touch with some of our Wedding couples that were recently married at the House. I hope you enjoy reading as much as I enjoyed hearing about their special moments!  - Hannah

The first of our couples I spoke with was Jonathon & Lucy, who were happy to share the details of how they got together. After meeting in Glasgow’s famous nightclub Kushion, the pair completely hit it off- the night must have flown by considering Jon forgot to ask for her surname in order to contact her again! However, it was obviously meant to be, he got Lucy to go out with him and after their first date the story continued from there. On Lucy’s birthday Jon decided to take her shopping for a gift as a treat, unknown to her they were going to choose out a ring! – Jon said “She wasn’t keen to go shopping at first and took a lot of convincing even to get in the car. 20 minutes of moaning later, we get to Braehead and she’s still not for it. At that point, I had to come clean and said, “I’m asking you to bloody marry me!”. No getting down on one knee, no romantic dinners, no picturesque landscape. Car Park B will forever hold a special place in our hearts.”
And here we are; the deal was sealed in November 2018. 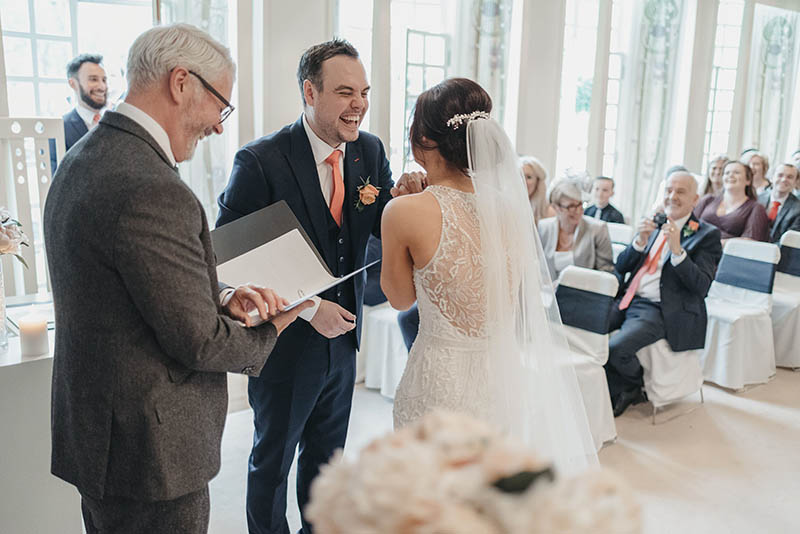 We then discussed a few questions for our Blog;
Why did you choose House for an Art Lover?
"We’d been looking at other venues, none had particularly impressed, and the ones that had, were ridiculously expensive. Lucy’s sister had suggested HFFAL, but we assumed it would be way out our budget. When we visited, fell in love with it, but still assumed we couldn’t afford it. After Hannah came back with a price, we couldn’t believe how reasonable it was and we made the decision there and then. Hannah was also a huge part behind us picking the venue, knowing she’d be with us all the way. She was simply amazing! "
Do you have any top tips?
“We only booked our wedding 5 months before and we couldn’t recommend that enough. There wasn’t too much time to dwell on the day, it came upon us very quickly, so we just had to get things done. It also meant we had to compromise on some things due to timing constraints, and that worked for us, as it meant we didn’t go over budget. There wasn’t any time to over think, so we just got on with preparation and the end result was fantastic. We also both had serious post-wedding blues, but only due to having such a good day, and wanting to do it all over again! If we’d booked years in advance, I suspect that feeling would have been considerably amplified, and I can’t imagine that would be easy to deal with. We’d also suggest paying for the extra hour of license to allow your party to run on until 1am. The day goes so quickly, you’ll definitely appreciate that extra time.”
Most memorable moment?
“This is a really difficult one, as the whole day was incredible. I suspect the correct answer is marrying my Wife, but the moment that sticks out was Lucy going for a lie down in the Oval Room, still very much in her wedding dress. It summed up why I married her, as she is always herself, even when dressed as a super glamorous bride.”
Special thanks to Lucy for allowing us to share a thoughtfully captured image of the moment! 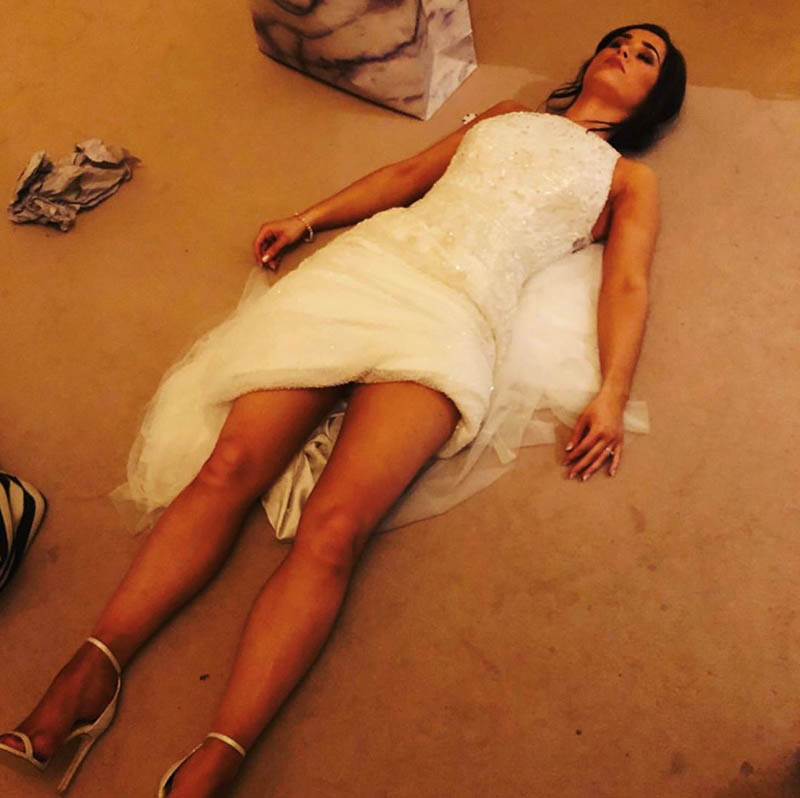 Natalie & Kristofer held their intimate wedding at House for an Art Lover in November 2018. When talking with Natalie she mentioned that they initially met in October 2010 at a retail course organised through work. Although they were both were quite shy initially, as time continued, they began to feel more comfortable with one another and after 7 months Kriss proposed at their local pub (where they had their first amazing date). This may seem quick to some but for them their engagement to them was the perfect symbol to define their future together. 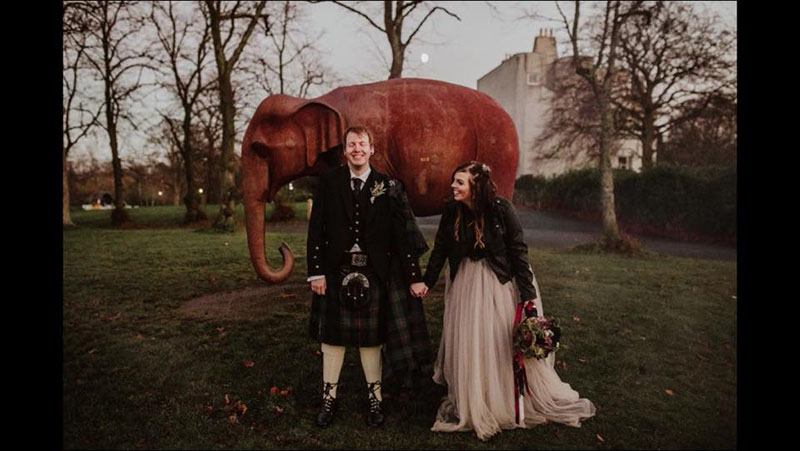 Why did you choose House for an Art Lover?
“We had chosen House for an Art Lover not only for the beautiful venue decor but also for the coordinator Hannah. Hannah completely sold the venue to us within 5 minutes. Nothing is too much for the staff at HFAAL.”
Natalie from the get-go was super creative with ideas and options for how she wanted the Mackintosh suite and Café bar to look. During our initial visit together, I could almost see the Pinterest boards forming in her head as she planned favours, welcome boards, dresses - you name it! Throughout the planning I tried to assist in every way that I could but Kriss was an amazing support as he ‘also got his hands full making a few things’! Finally, when they had finished the countdown, they celebrated the most perfect day in November 2018.
Any top tips/ advice for Couples now planning their wedding
“YES! Plan what you want for your big day, forget about the little things as on the day they won’t matter all that matters is you walk away Husband and Wife!”
Most memorable moment of the day
“For me it was walking down the aisle and seeing Kristofer’s face knowing I would be walking away as his wife. Kristofer’s most memorable moment of the day apart from saying his vows was getting to play with Lightsabers.” 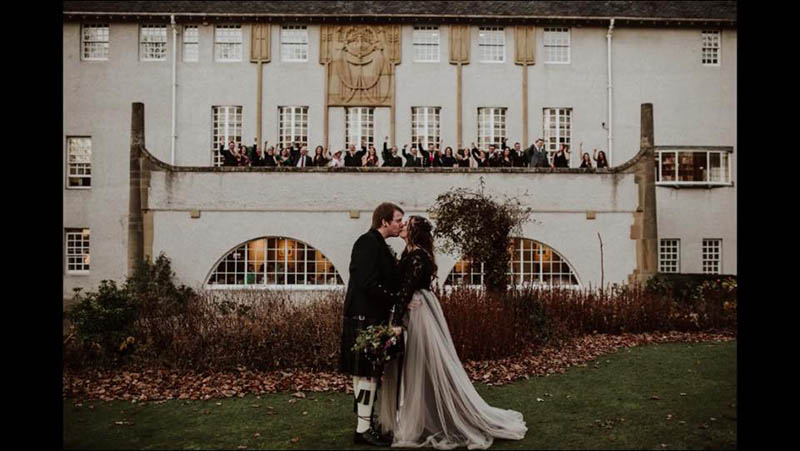 This lovely couple initially met whilst working together. After many dates, holidays and adventures they decided to walk the West Highland Way in October 2017, nearby at Conic Hill Greg said his ‘shoe lace had came undone’ but much to Lauren’s surprise a beautiful engagement ring appeared for her acceptance. Two months later they booked the House for their wedding to be married in November 2018.
When I asked Greg “Why they chose House for an Art Lover” he said
“it is a great venue that catered for all our needs. It has an ideal location that didn’t break the bank and we had heard nothing but great reviews from folk who had previously been married there. The staff were very friendly and welcoming from day one.”
Throughout the planning process both Greg & Lauren were both really involved in making sure that their day was as perfect as it could be; this meant regular emails containing updates, ideas and popping in frequently with their suppliers. This method of planning worked perfectly as it allowed us all the chance to get to know each other better and put our minds at ease that everyone knew their role on the day. In the end, they had the perfect winter wedding which was assisted by so many amazing people!
Most memorable moment of the day
“It’s hard to pick just one as there were so many! Our Humanist was superb, he helped relax us on the lead up to the day and before the ceremony itself. Dinner was lovely and our band had our guests dancing all night! Can’t recommend Sneaky Treacle enough.” 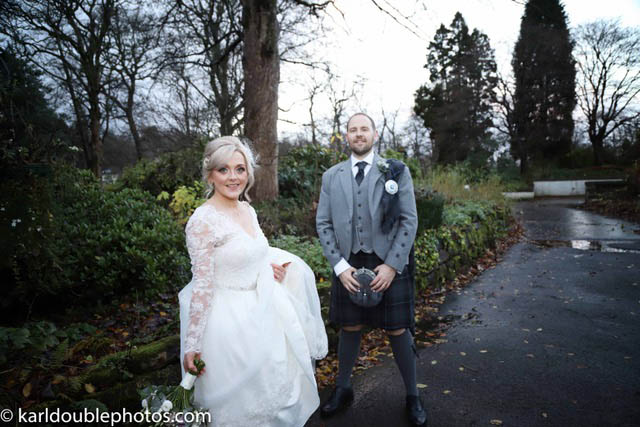 Anything that you would do differently
"We wouldn’t have hired buses, that’s just a personal opinion though. I would also make time to try the buffet and wedding cake, we spent months planning what to have in the evening hours and in the end never managed to try any! On reflection I’d definitely make time for that.” 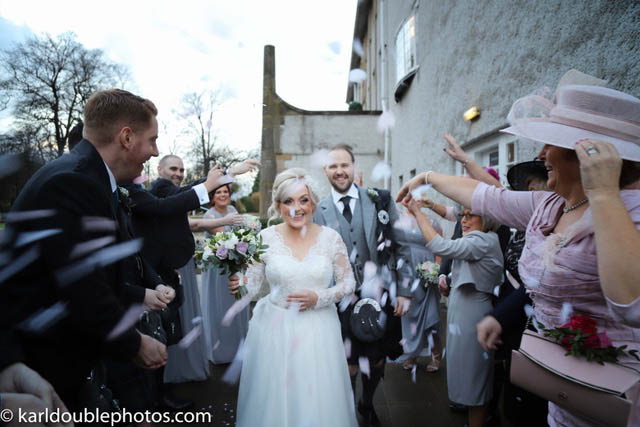 Adam & Holly were an absolute delight to plan with and look after. They initially met through friends and as they began to get to know each other, the rest became history! The proposal itself happened on the morning of Holly’s birthday whilst they were celebrating with a holiday to the Isle of Skye; as they sat at the beach, Holly opened a large gift box containing her present which (in a much smaller box inside) contained her engagement ring. 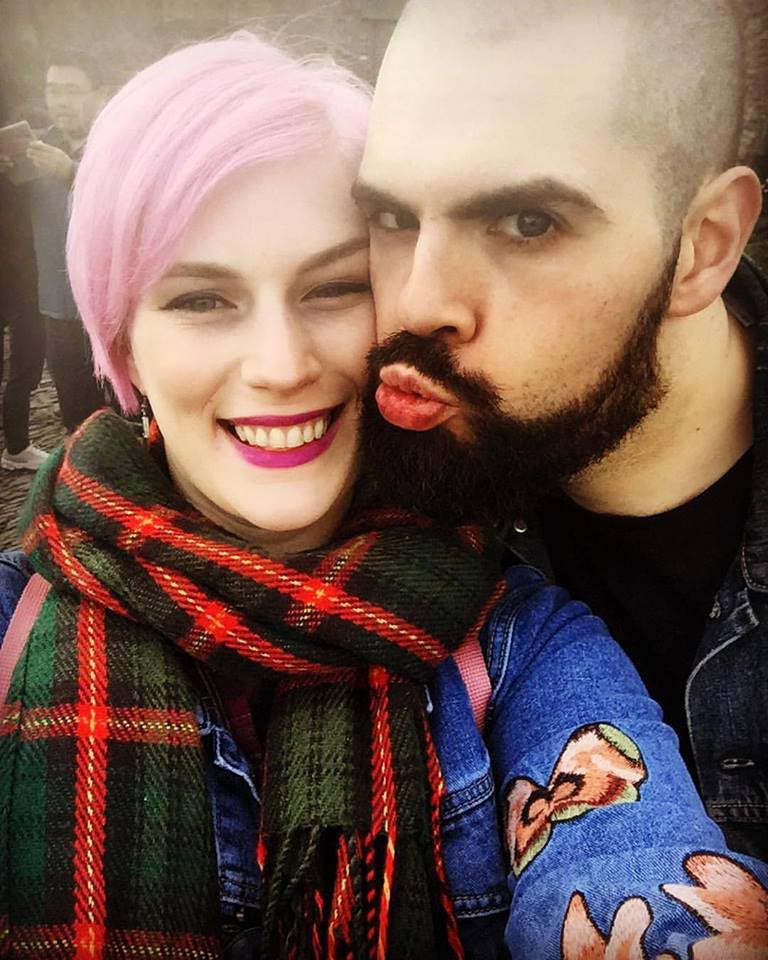 Why did you choose the House?
“Due to my late father being Scottish and us both having Scottish roots we were quite set on getting married in Scotland. Holly is an artist and so as soon as we found the House we had to have a look, and let’s face it when you see the House in the flesh there simply isn’t anywhere else to get married.”
When in discussion with Adam I had asked ‘Why you chose the Wedding Suppliers that you did?’
“We were doing our wedding on a budget, paying for a large chunk of it ourselves, so in our case it we had a lot of friends helping. Our Auntie made the cake, my friend took the photos, due to it being winter we used silk flowers. Then we simply used the power of google to find local suppliers to make life that bit easier. When you live in Yorkshire and get married in Glasgow it’s challenging logistically but we managed to find a local florist who delivered everything on the day, and a local DJ who had been at the venue in the past. Everyone we found was super nice and made it all really easy to sort out.”
When wedding planning, it is fantastic to make the most of the people surrounding you like Adam & Holly did. They had many talented friends & family surrounding them - so why not make the most of their skills! It makes the day that bit more personal to you.
Most memorable moment of the day?
“For me, seeing my little boy Murray leading everyone down the aisle in his kilt, followed shortly by the love of my life as we were about to get married. Also, Holly surprising me with a poem before the speeches started. For the funnies, it has to be my uncle losing control of his trousers as we stood up to toast the bride, if you lose weight get a new suit is the moral to that story! Everyone needs a funny moment to remember and he stole the show, funnier than any jokes us speech givers came up with. That’s 3 moments really but there were so many!” 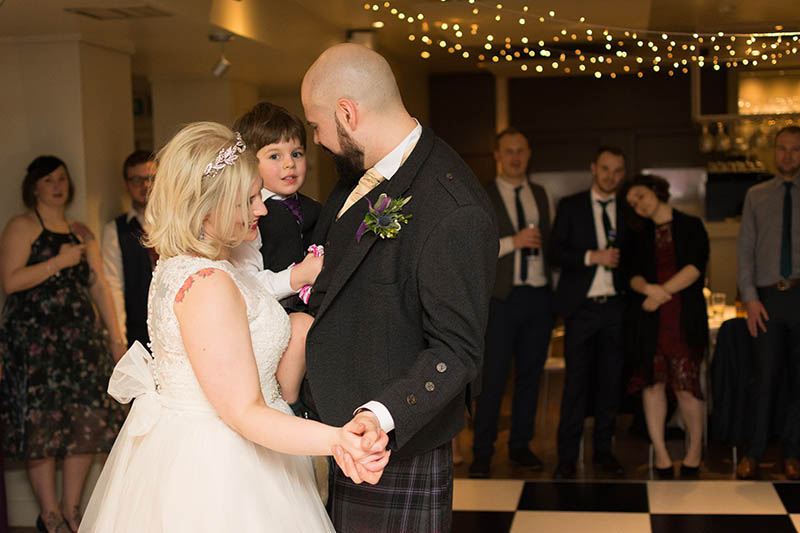 Weddings At House For An Art Lover

House For An Art Lover is a stunning, award winning wedding venue based in Glasgow. If you are looking for a wedding venue in Glasgow, look no further! Talk to our wedding team today to start planning your perfect wedding with us. 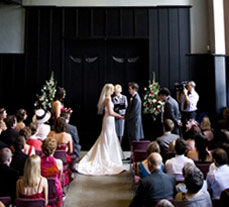 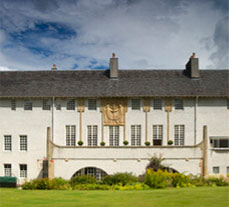 More from the House

The Bellahouston Dye Garden was initiated by the textile designer, Kathy Beckett, supported by House for an Art...

If you have ever visited House for an Art Lover then you will understand it's appeal if not then you had better...

COVID-19 Update From The House

It is with heavy hearts that we have made the decision to suspend trading. The government’s current advice on...